3C Assembly, Test and Packaging Automation Bring New Opportunities, Ioranges Secured the A Round of Financing of 28 Million Yuan

In addition to being applied in auto industry, 3C has been a new growth point of robot enterprises. Statistics show, in China in the year of 2014, the output value of 3C industry in China including mobile phone, computer and home appliances exceeded 4 trillion Yuan, the number of electronic information and manufacturing industry above a designated scale was 18,700, among which the number of enterprise above a designated scale exceeded 10,000. In general, 40% capital expenditure of electronics industry are used in equipment procurement. In 2016, the equipment market scale in China reached around 45.97 billion. At present, with the competition in 3C industry getting fierce, product life span getting short, and product update rate getting high, there is an increasing demand for robot products.
Although 3C industry has already had a relatively high degree of automation on the front-end links such as PCBA board, forging, polishing and paint spraying, the end-front links including assembly, packaging and testing are basically done manually. With labor costs rising and difficulties in recruiting new employees are continually emerging, there is an increasing demand for automation. 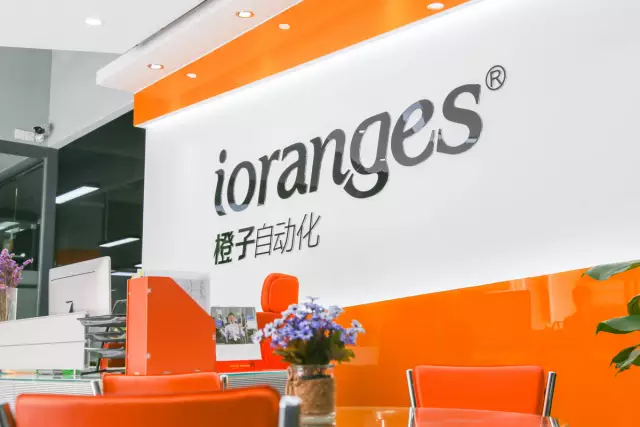 Ioranges Automation specializes in automation in assembly, packaging and testing in 3C robot market, and its products and solutions have already been used in production lines of some industry-leading brands such as Apple and Cisco. Its sales this year is expected to reach 10,000 Yuan, and profit this year is expected to reach 20 million Yuan. Recently, ioranges Automation has obtained A round of financing of 28 million Yuan from Matrix Partners, FutureCap, Shanghai Ketou Business Management Partnership and Vertex Ventures. Prior to this, ioranges Automation obtained financing from Vertex Ventures.
Ioranges Automation specializes in providing foundry clients in 3C industry with equipment related to flexible industry chain and integration services. At the current state, ioranges Automation is more like an integrator which provides a complete set of solution for clients, including lean management, system integration, high-end intelligent device, corporate training and equipment maintenance & repair etc. Based on the actual demand of factories, ioranges Automation provides clients with suitable integration schemes including modular components, non-standard equipment, intelligent work station, flexible production line, whole plant automation.
Despite being an integrator at the current stage, ioranges Automation’s ultimate goal is to be a provider of core devices. In general, being an integrator is profitable but it is difficult to create a large scale. At this stage, the main reason for iroanges Automation to provide integration services is for understanding client’s requirements, provide convenience for standardized module products, which is the company’s focal point for research and development over the past two years. At present, the company has already developed standard products, including X-ray inspection equipment, X-ray machine, standardized software design platform of MD-PRO smart factory, KA100 annular line body for high-speed and high-precision electronic assembly and testing, and Insight 100 for automatic defect detection.
In the past, the automation level of assembly, packaging and testing in 3C industry was not high, primarily because they have high requirement for precision and has a relatively high technical and R&D threshold. The company’s core technical members of the automation team mostly specialized in Automation or Mechanical &Electrical Engineering, and previously worked in Ouchen Automation. They are skilled in electrical control associated equipment and machine vision application etc. Take assembly as an example—a production line consists of several work procedures including installation of mainboard, camera, Home Button, screen, case, and pasting of network access license etc. Ioranges Automation divides assembly into 27 processes and develops corresponding automation equipment according to each process. At present, 30% is fully automated.
Unlike many market players, ioranges Automation specializes in flexible production line. In general, the update rate of 3C products is high and production line must be updated accordingly, but the cost for a production line is generally high. Flexible industry chain is helpful for factories to reuse production line. This means that reusability is taken into consideration when product is designed. Shao Yongfeng, CEO of ioranges Automation, said: “Take mobile phone as an example. Although components and parts supplied by manufacturers vary greatly (for example, Home Button has many supply manufacturers), the similarity of the components and parts is more than 90%, which opens the possibility of flexible production line.” According to ioranges Automation, for clients who use the production line of ioranges Automation, the production line can be updated with only 2 million, which is far below the cost of purchasing a new production line. At this stage, ioranges conducts commercial landing in an integrated way. 3C automation is a new competitive field, and quite a few old brand automation manufacturers and startups have tapped into the market. Ioranges Automation has an advantage over traditional integrators, as the R&D team of ioranges Automation has rich experience in sensor, mechanical engineering, electronic control, vision etc., and has accumulated a great deal of practical experience and resources in CANOpen, EtherCAT, robot control system, 5-axis CNC control system. In terms of landing, the landing cycle for its modular products can be shortened to around one month, while it takes around 3 months for other competitors. 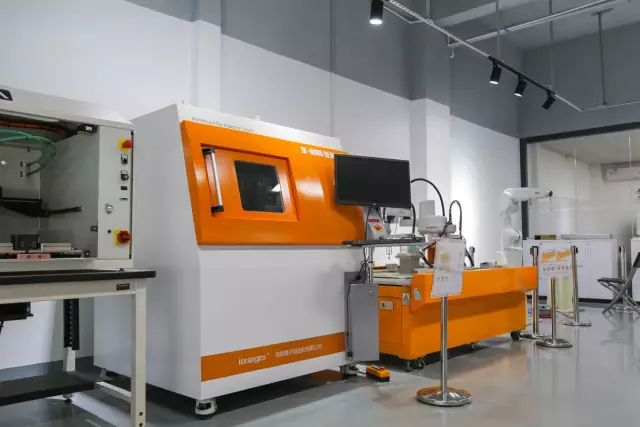 Factory-type clients, in particular, put great value on products’ stability and reliability. For this reason, companies may be able to grab greater market share if taking the lead in formulating implementation plans. At present, ioranges Automation has successful cases of production line for mobile phone, earphone, audio and server etc. According to Shao Yongfeng, with the use of automation products of ioranges Automation, the production efficiency can be twice than that of the manual processes, and enterprises which use the automation products can generally recover investment within 18-24 months.
In general, the gross profit rate of robot manufacturer and integrator is around 30-40% and 50%, respectively. The sales of ioranges Automation this year is expected to reach 120 million Yuan, the price per customer transaction is 2-3 million Yuan, and the profit is around 20 million Yuan. The sales next year is expected to reach 300-350 million Yuan. The team hopes to be the industry leader of 3C market segment in 2020.
Ioranges Automation has a team of 60 members and is recruiting professionals in various fields. (huiying.z@ioranges.cn)